Face-lifting of the successful Lagoon 400 ended up with the launching of Lagoon 400 S2. It is a model that proved to be a success just after it was put on the market.

This model, built in 2015, remained faithful to brand values such as elegance, ergonomic, contemporary design and, above all, comfort. It would be unfair if I said that Lagoon 400 S2 is only about cosmetics. I would rather say that it is about a lot of details which made for a completely new image of the yacht. Large vertical salon windows provide 360° visibility which contributes to the sense of being in a large space.

Furthermore, cabins are equipped with large windows which cannot be open but provide a lot of natural light in the cabin, contributing to the sense of spaciousness. The windows have sun shields so the cabins are light but not too warm. Forward cabins’ double beds could be converted into single beds, in line with owner’s demands and the schedule of sailing. Special isolation foam and double flooring system are used to improve soundproofing in the aft cabins. This system is also used for placement of the generator which is easily accessible in its own compartment. 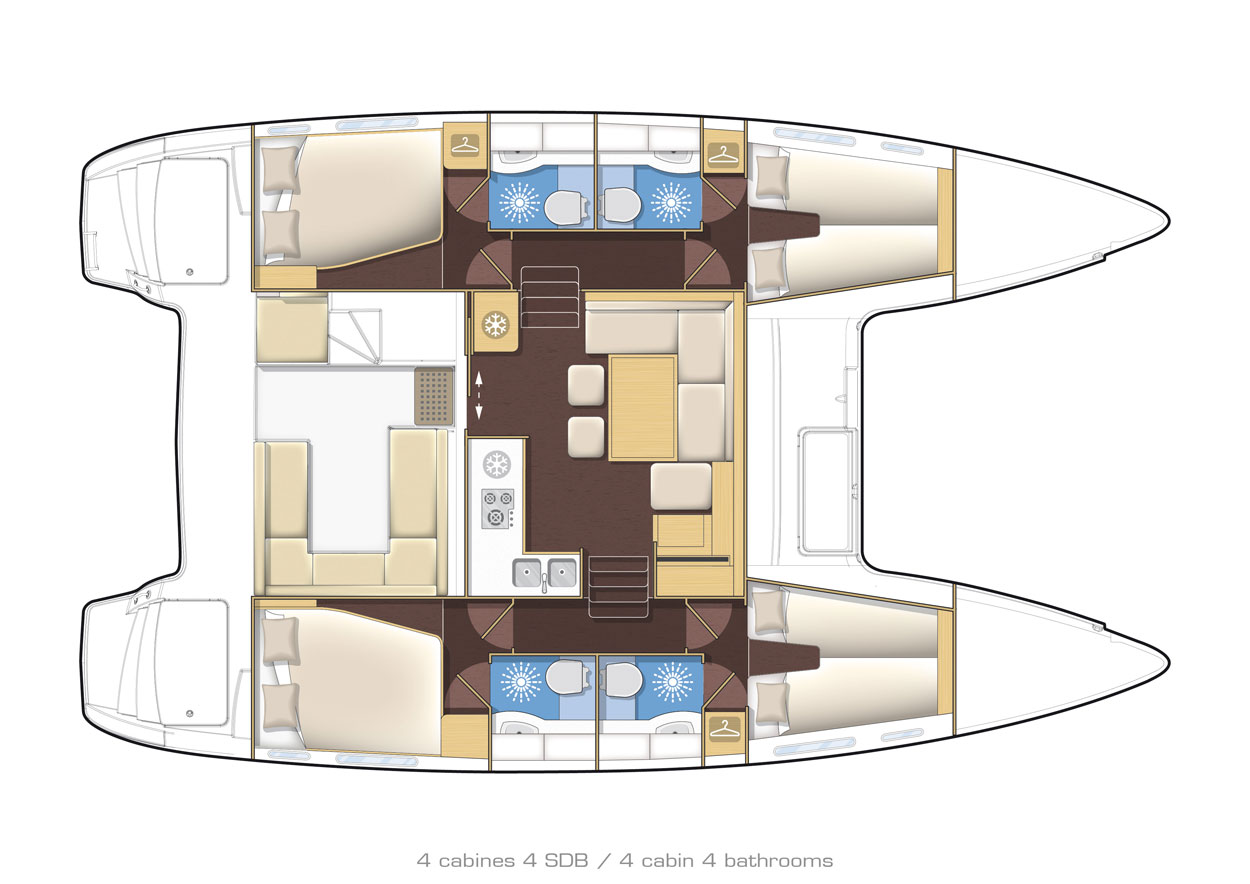